During a trip with the Air New Zealand Business Class to Japan last year I had the chance to see their flagship lounge in Auckland, and see for myself if the lounge rework has actually made an impact. Let’s find out if it all was worth it! 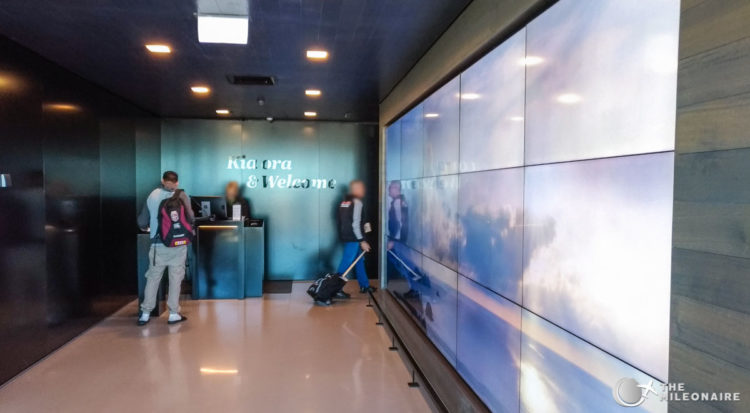 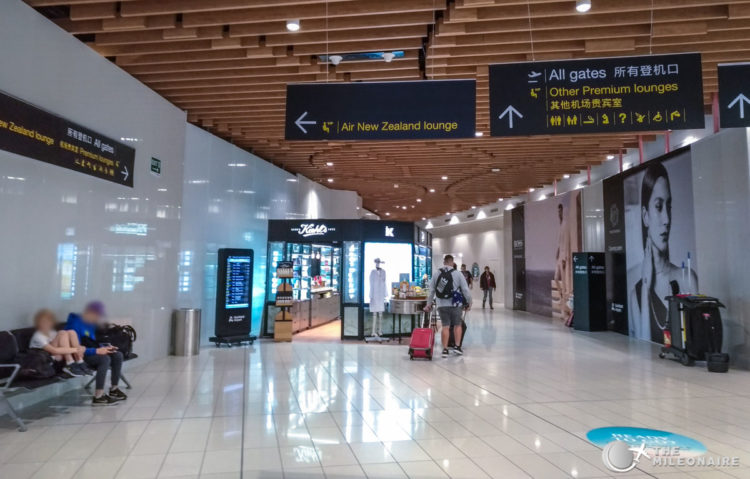 The following guests have access to the Air New Zealand Lounge at Auckland Airport:

When entering the lounge you’ll immediately see the consistent corporate design that Air New Zealand uses across all their new lounges. I thought I was in the Air New Zealand lounge in Brisbane again, that’s how similar the design was. 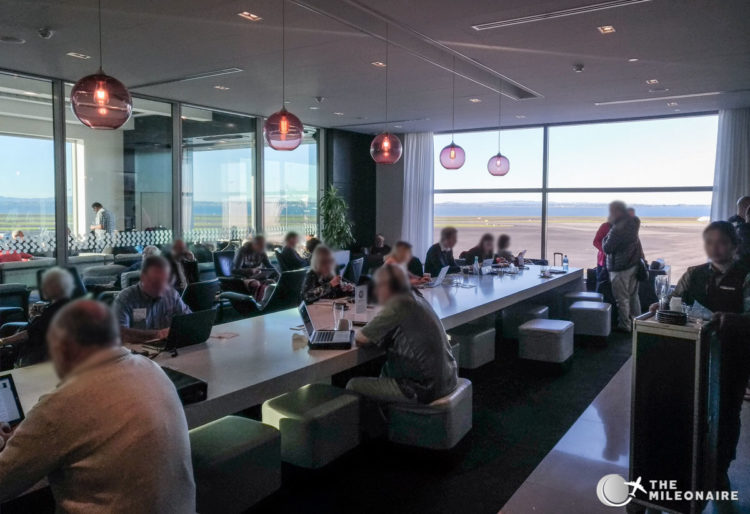 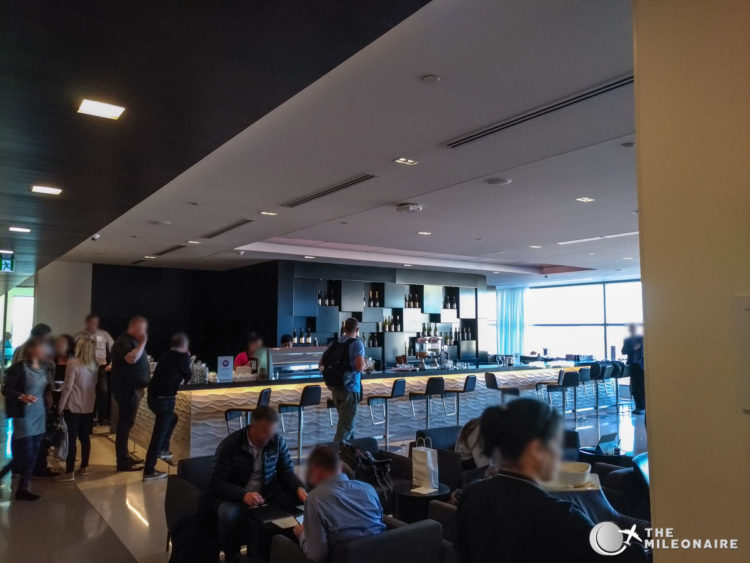 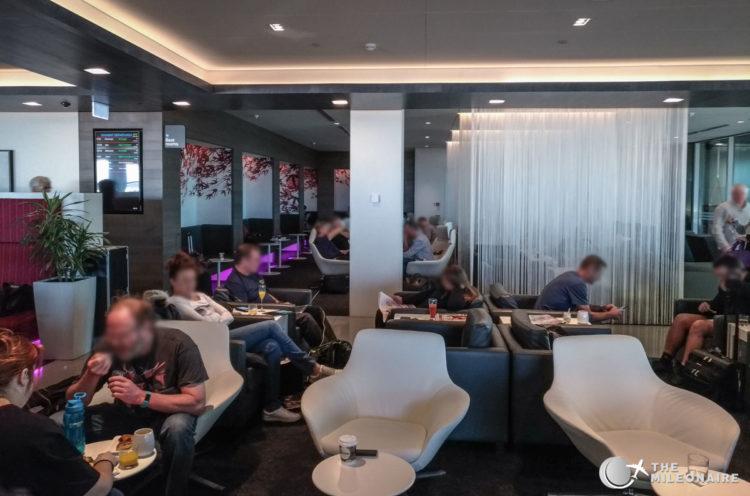 Some small details like the pattern on the buffet… 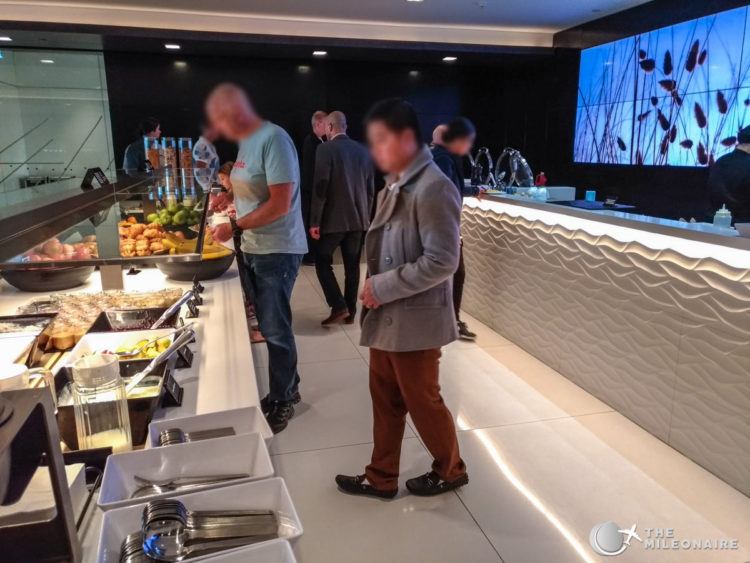 …or the dining tables… 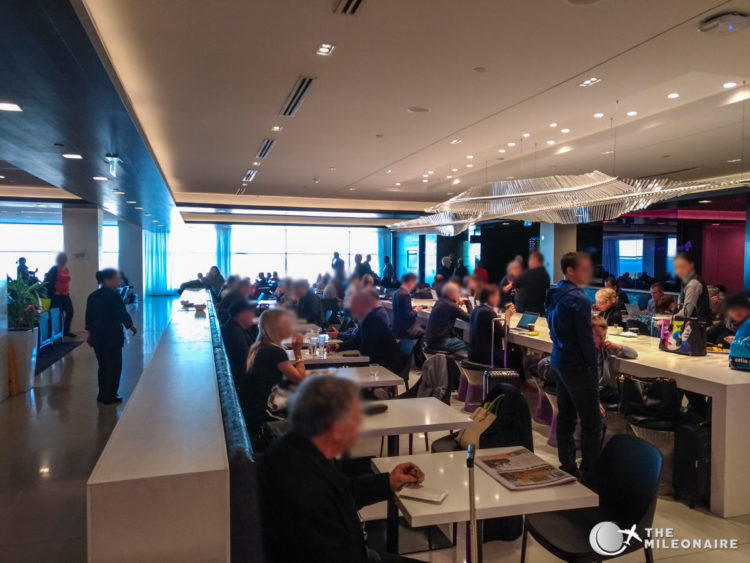 …are exactly(!) the same. If you know one of the new Air New Zealand lounges, you know all of them. That’s not a bad thing though, as the redesign has been really successful. The bright interior design creates a nice fresh atmosphere, and there’s nearly no wear and tear to be seen.

The Air New Zealand Lounge in Auckland has one big difference though: the lounge is really large as Auckland is one of the airline’s main hubs. There are multiple seating areas where you could also find some more quiet areas. Sadly during my visit the lounge was extremely crowded, and it was actually hard to find a seat at all. This might have been due to the early morning peak hours, but still left a bitter taste in my mouth. The following photo might give you an idea: 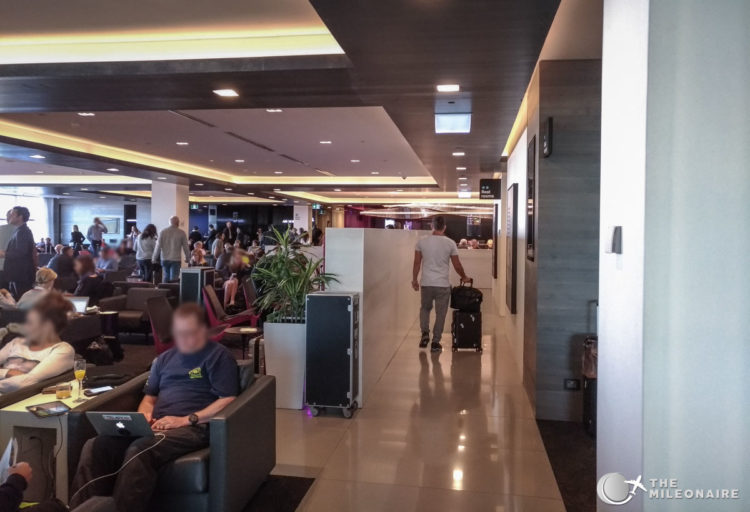 In the back is another separate area (maybe for VIPs?) that is separated by a glass door: 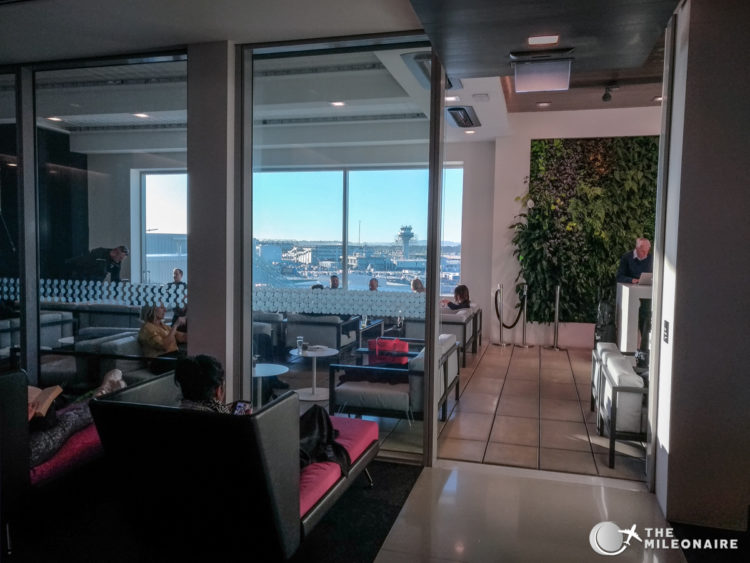 I especially liked the couches that I enjoyed in Brisbane already. These are perfect spots to relax with your partner and a glass of wine. 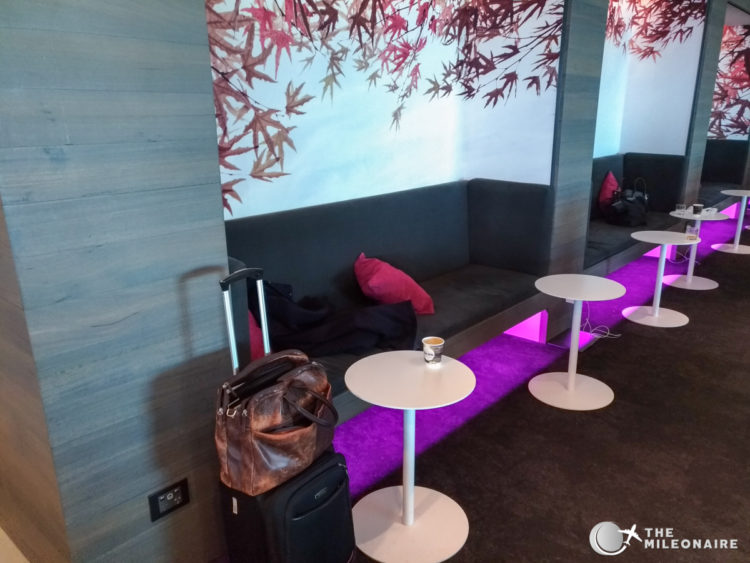 A nice touch is the view of the runway, especially as the Air New Zealand livery has to be one of the most beautiful in the world: 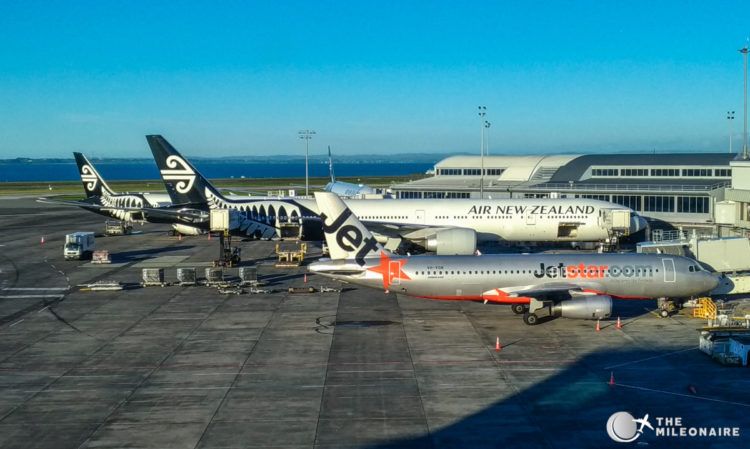 The lounge offers all the usual amenities you would expect: business center, clean toilets, shower cabins and good WiFi. The most important amenity though: food and drinks! I was there early in the morning when breakfast buffet was served with a selection of fresh bread, cereals and warm options like scrambled eggs, potatoes or sausages. 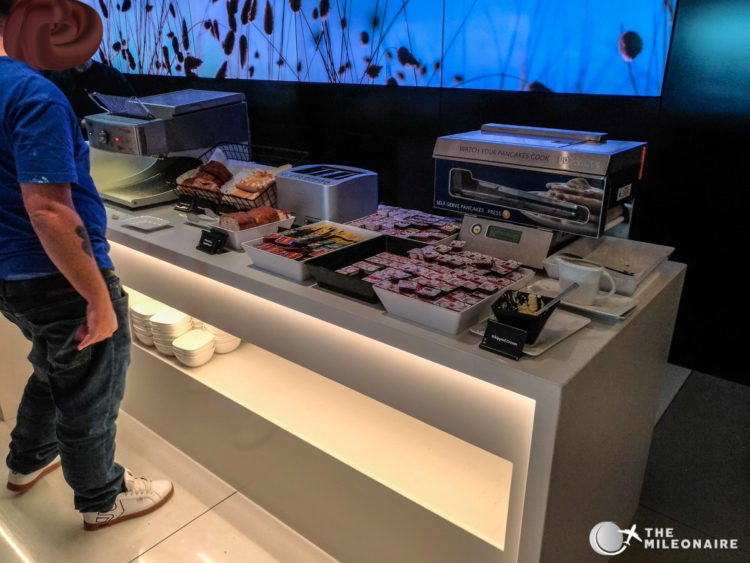 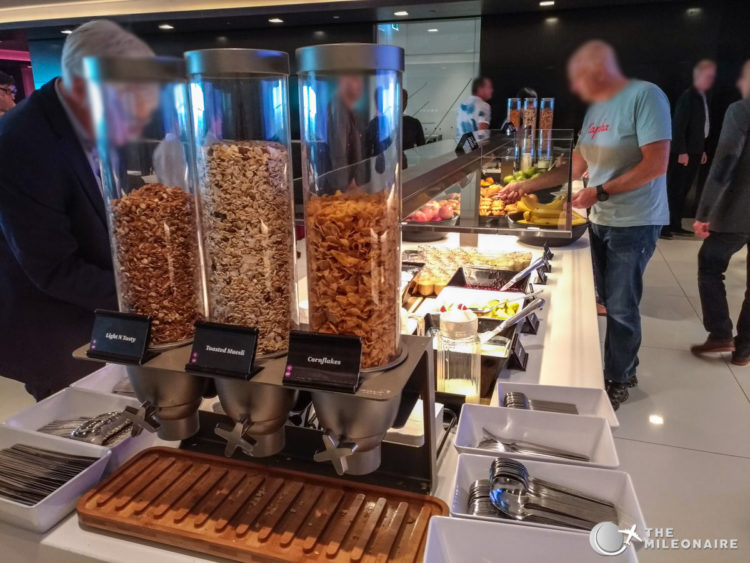 The buffet was a similar size like the one in Brisbane, but had to serve a lot more guests. It got a bit tight here and there, but at least the food was good. 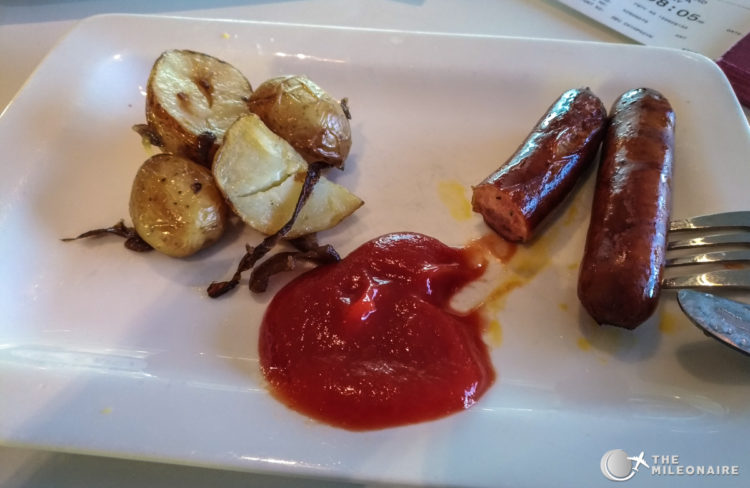 My highlight was the added cooking station though, where a young cook created fresh dishes. I got an awesome New Zealand lamb with mushrooms and bacon, really good: 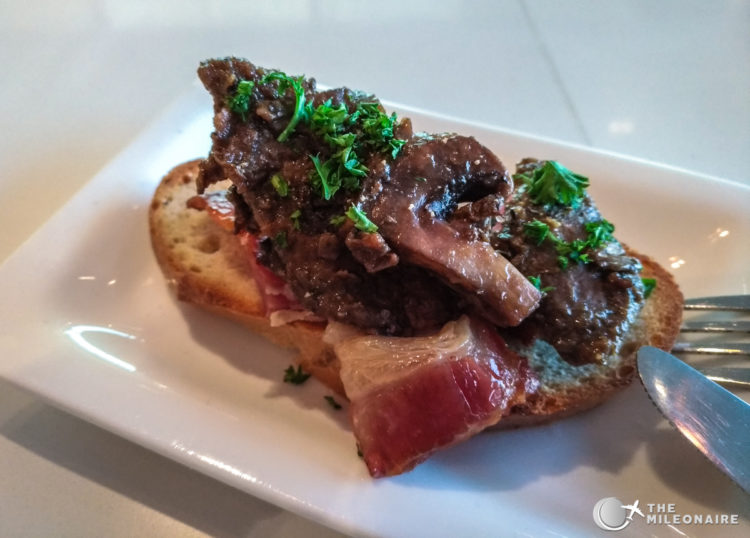 Just like in Brisbane there are various New Zealand wines and a sparkling wine. Of course you can get all the regular soft drinks as well, as well as coffee. 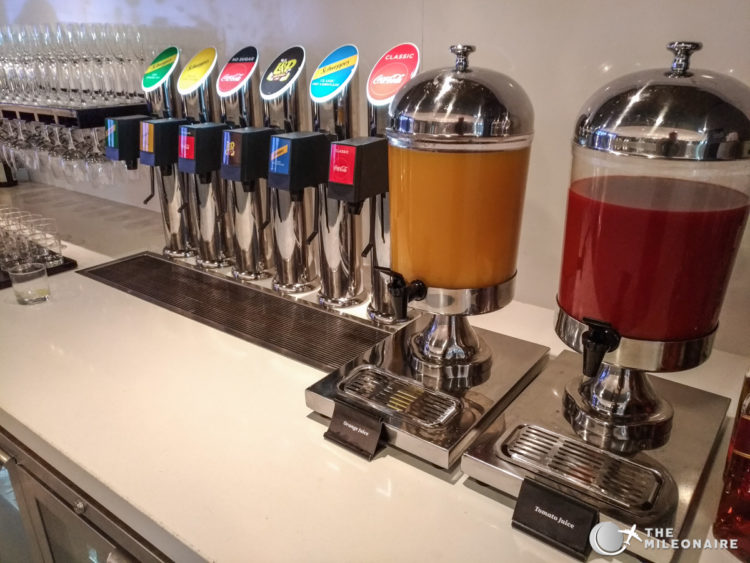 My highlight was the huge selection of different craft beers and local ciders, adding a nice regional touch to the lounge. 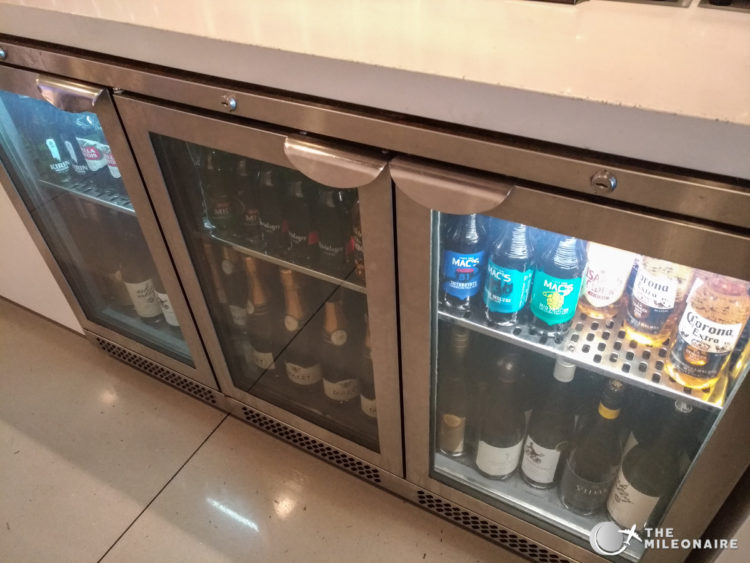 After 30 minutes I had to leave the Air New Zealand Lounge and go to my gate, as Tokyo was waiting for me.

Even though the lounge design is beautiful and the food is good, I couldn’t really enjoy my visit to the Air New Zealand Lounge in Auckland. There were just way too many people, and I had a hard time finding a place to sit. Maybe I was there during a bad time, but the lounge just lacks space. During non-peak hours I would imagine this to be a good place to relax though.