No construction site shows the incompetence of German politics (I’m from Germany) than the BER Airport in Berlin-Brandenburg. The new airport of the German capital should’ve opened back in late 2011, but until now everyone’s still waiting for the grand opening. Official estimates say that the airport should now open in 2020, but I’m quite confident it’ll take longer than that.

What most people don’t know though: you can actually visit the airport’s construction site via an official tour, lead by the press department of the airport holding. In order to see the construction site up close and see if it’s worth the ‘memes’, I did that BER Airport Tour in summer and took quite a lot of photos.

The tour is only offered every Thursday as a group tour, and you need to book your ticket in advance via e-mail. I took the S-Bahn to Schönefeld airport, from where you can walk to the press office of the BER airport. There you’ll already see a sign, where the tour starts:

Once you’re there you walk into a big hall where you pay the entrance fee (15€). The whole tour starts out with a small introduction to the airport’s history in front of a huge map of the area:

The start of the tour is pretty interesting, but might be a bit tricky if you don’t understand German at all. You will get to know all the things that went wrong, and there’s a lot of them. The tour guide sounds pretty self-ironic as well most of the time, so it’s not like they want to sell the construction site as the best thing since sliced bread.

Afterwards you head outside to a big bus that will take you to the actual airport tour. We drove over public and non-public roads to the BER airport, where a last security check is taking place. The first stop is the main terminal building, which actually looks pretty finished from the outside. But boy is it different from the inside, where it all looks like a huge construction site. Even outside are weeds everywhere, so it feels like an abandoned airport already.

In the actual terminal you see the extent of the ongoing construction: building materials, fences and machinery everywhere, right besides the finished check-in counters and First Class areas. 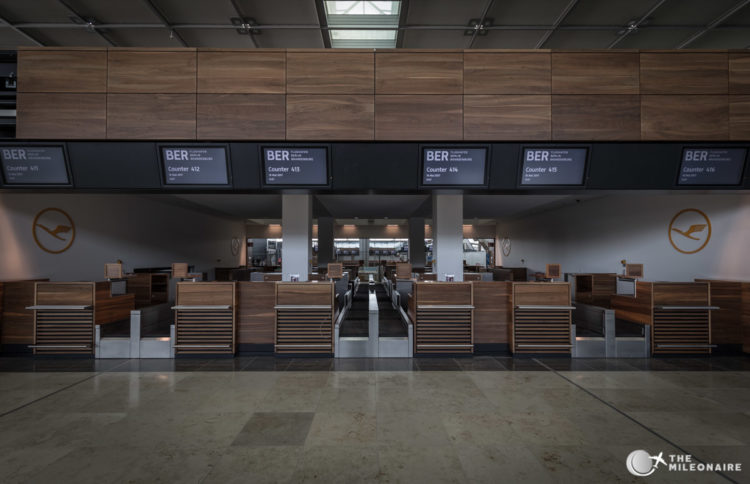 The check-in counters are finished already. During the tour you can actually get behind the counters and see the view ‘from the other side’. Even the electronic scales for the checked-in luggage work already!

The displays with arrivals/departures are already being used, even though they show the data from Berlin’s other airports (TXL & SXF):

Nothing is getting finished, but at least ehe quota for art installed in the terminal was fulfilled (they had to spend a certain percentage of the construction budget for art): a huge red web covers the main terminal’s ceiling, and the gates have different kinds of artworks outside as well.

From the departure level in the main terminal, the group moved on towards the arrival floor below. Here will also be the connection to the main train station, which will be also serviced by ICE high speed trains in the future (if that whole thing actually opens at some point). Fun fact: every day, several empty S-Bahn trains are being sent through the station as the air down there needs to be circulated (using taxpayers money of course).

I’ve been to a ton of airports worldwide, and somehow BER’s main terminal was surprisingly small for a city like Berlin. I was not surprised when the BER representative mentioned that the airport’s capacity is already way too small if they had to open the airport right now. 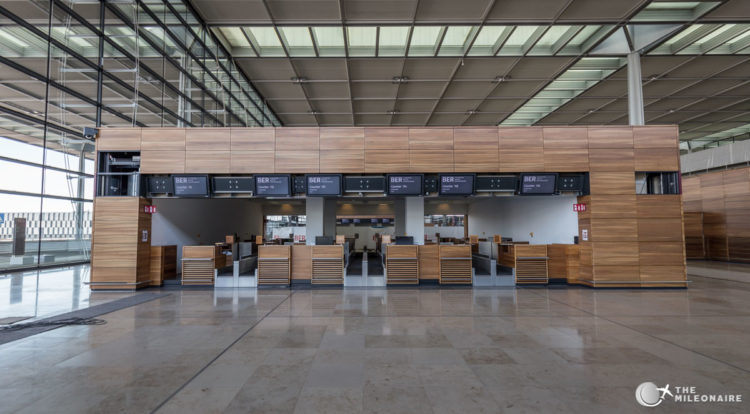 Before continuing the tour with our bus, we were allowed to take some steps outside the main terminal and look at its huge glass front:

We took the bus to explore the rest of the airport’s area, passing by finished hotels, parking garages power plants and fire stations. Fun fact: due to existing contracts the power plant produces energy already, and the airport has to buy a certain amount of electricity every month without being able to actually use it.

Our next stop was the apron: 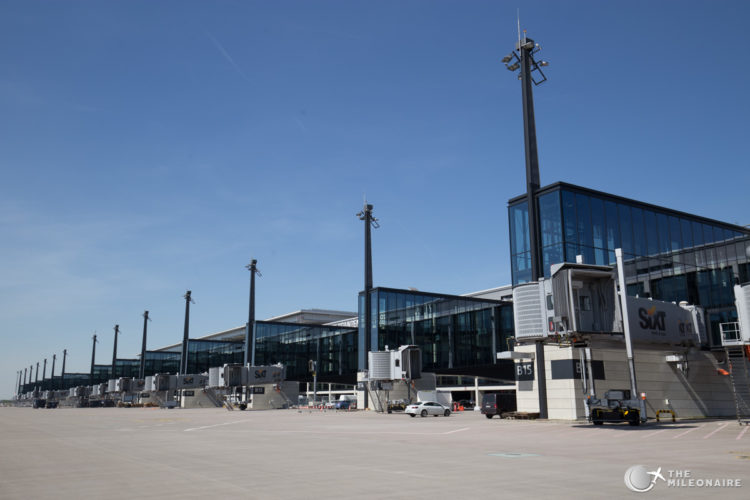 We could exit the bus there which was quite a big deal for every aviation enthusiast on the tour (so everyone, including me). The gates and gangways are already finished, just the passengers and planes are missing. It kinda felt like a scene from the movie Langoliers, where a dozen passengers walk across a completely empty airport.

Even the Sixt advertisment is applied already, despite no one seeing it (besides a dozen of aviation enthusiasts on that tour): 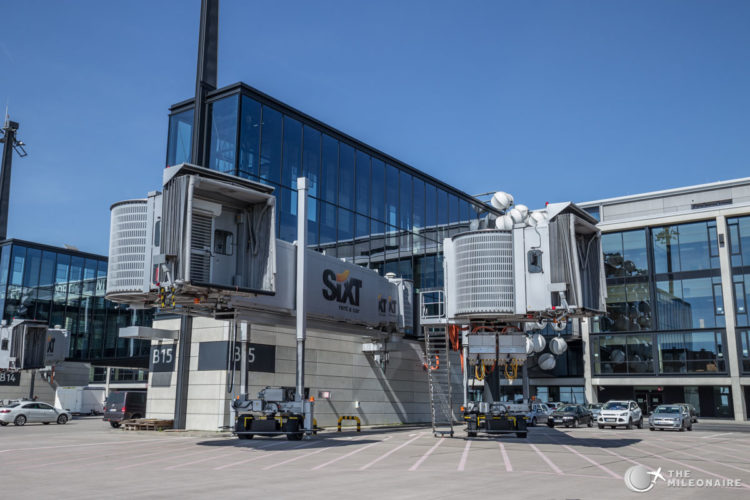 Another highlight for an enthusiast like me were the markings on the concrete that highlighted the parking positions of different aircraft types:

After 15 minutes of walking around the apron (and lots of photos to be taken) we headed back to the bus, that brought us back to the press office after roughly 2 hours of touring. 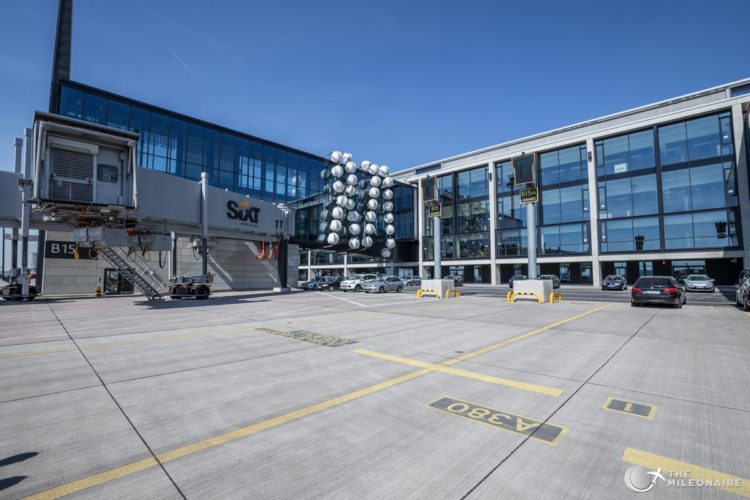 Despite some of my sarcastic comments about the airport construction fiasco: the airport tour at BER is fantastic and a must-see for every aviation enthusiast, so big kudos to the press office actually offering these tours and providing so many interesting insights. The guide was extremely well informed, and was able to answer every single question. Plus: for 15€, it’s quote a steal. Highly recommended if you’re in Berlin!